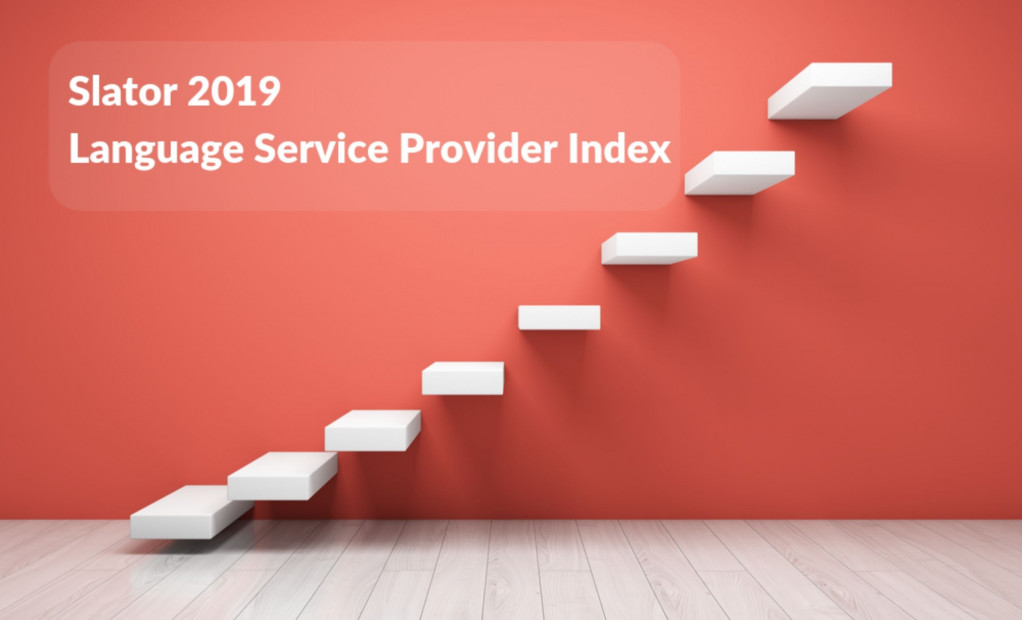 2018 has been a year of growth and transition for the language industry, as the latest translation productivity technologies are deployed in a highly complex supply chain. Ready access to capital and increased investor interest again fueled M&A activity among many of the top 50 language services providers and beyond, with Slator tracking 48 deals in 2018.

As in the 2018 edition, participants in the Slator 2019 Language Service Provider Index (LSPI) were selected based on their revenues and market activities for 2017 and 2018, as they represent a meaningful composite of leading vendors.

The 2019 Slator LSPI begins with a Leaders group that represents the top 30 or so leading language service providers and where assigning a rank is meaningful. This year, we also feature a Challenger group composed of companies with significant revenues but where assigning a rank is no longer meaningful given the overall fragmentation of the industry.

The combined US-Dollar revenue of companies in the 2019 Slator LSPI grew 17.2% in 2018 to USD 5.8bn. This is an attractive headline rate. However, a significant portion of this growth is caused by M&A-driven consolidation. We estimate organic growth across the 69 featured companies in the high single digits.

Growth among the Leaders came in at 17.7%, outpacing the Challenger group’s 12.7%. While one driver of the Leaders’ outperformance was M&A, the data suggests larger LSPs are indeed growing faster than smaller ones on average. Only one company on the Leaders list reported negative revenue performance in 2018, while a total of five on the Challenger list did so.

The 2019 Slator Language Service Provider Index will be a useful resource for language industry stakeholders such as service vendors, buyers, advisors, consultants, and investors when used in conjunction with Slator’s online news service and research, such as the recent Slator 2019 Neural Machine Translation Report, the Slator 2018 Language Industry M&A and Funding Report, and other in-depth Data and Research.

Slator LSPI data has been independently verified by Slator, led by Research Director Esther Bond, with company representatives or publicly accessible sources such as annual reports filed with regulators or stock exchanges. This list will change over time as more companies file their financials for 2018.

The Slator LSPI is the industry’s first look at growth in 2018. We will publish a comprehensive Market Report in early Q2 2019, with market-sizing and in-depth sectoral analysis.

Contact Slator Research Director Esther Bond if you would like to submit your company for inclusion in the next release of the 2019 Slator LSPI or the 2020 Slator LSPI. Contact Slator Commercial Director Andrew Smart if you would like to discuss our advisory services including a strategy review, senior management workshop, technology assessment, or custom industry research.