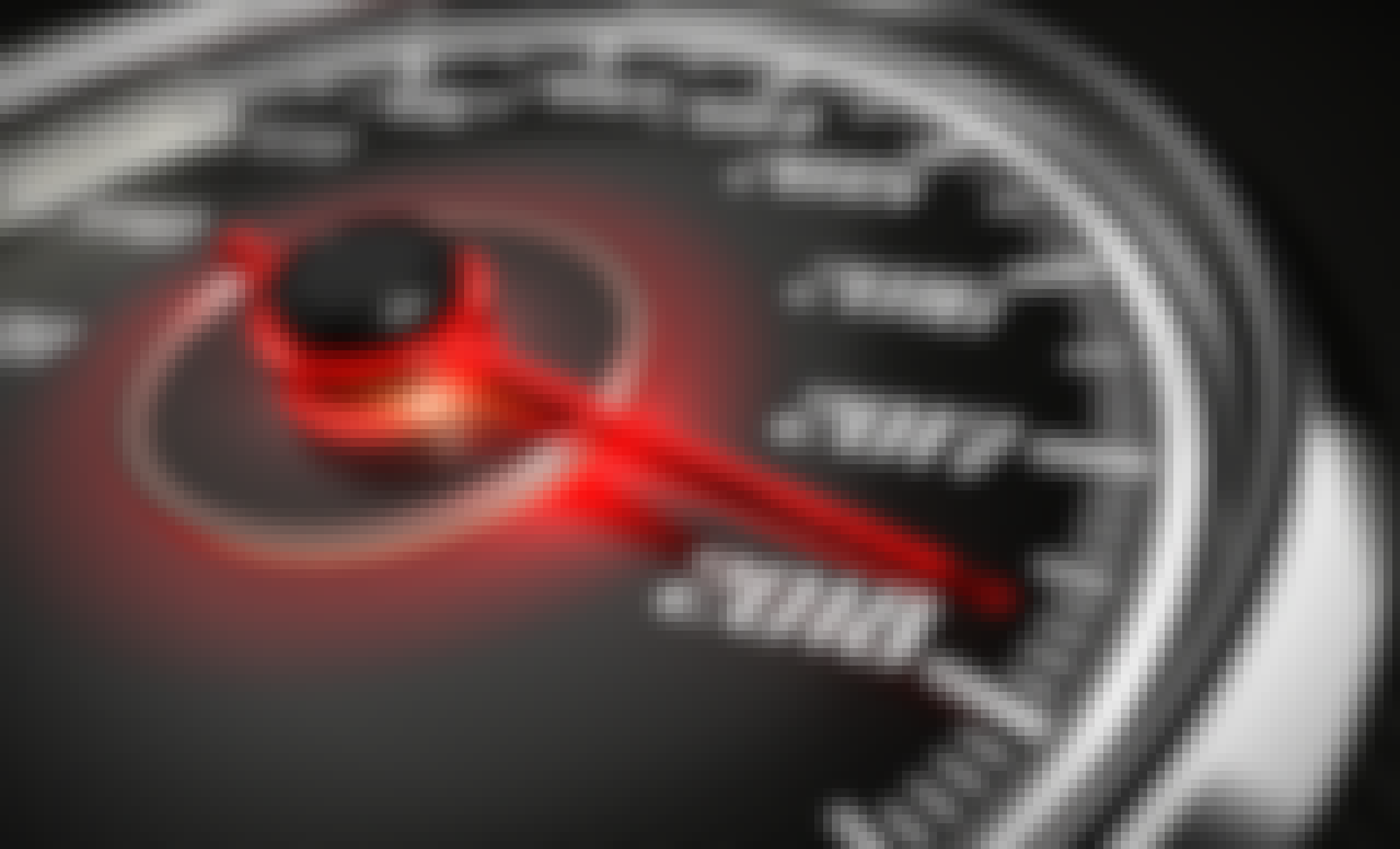 Media entertainment is a high-growth industry, driven in large part by the digitalization of content, as online streaming providers have begun to challenge the traditional models of the big Hollywood Studios.

Now that content can travel globally and is more readily available to local audiences, the demand for localized content – hence localization – is growing fast.

Consequently, providers of language services to the media entertainment industry are being driven to produce high volumes of localized content and are experiencing growth above market rate. There has also been an increase in financial investment into media localizers in the past eighteen months:

One of the giants of the media localization industry, SDI Media, acquired marketing agency PPC Creative Ltd. in 2017. The agency produces marketing collaterals and content for the global film industry, has worked on over 300 film titles and has produced over 15,000 individual marketing assets in three dozen languages.

Many language service providers (LSPs) in this space focus their entire business model on servicing media entertainment customers, embedding themselves in the media production workflow, for example by developing compatibility with different viewing platforms, operating a network of dubbing studios around the world, or developing cloud / remote solutions to increase efficiencies and provide operational transparency to clients.

The leading media entertainment focused LSPs, known as media localizers, are specialist providers, dedicated to servicing this industry. The next section of this article outlines key activity and strategic priorities across some of the top media localizers, as covered by Slator throughout 2018.

The rationales behind the deals revolve around offering a local dubbing presence in key markets, something that the company says is becoming increasingly important to its customers. Björn Lifvergren, Founder and Head of Acquisitions at BTI Studios explained that “we’re seeing clients favour the owned and operated model when choosing localisation suppliers, which gives them more control and transparency over the production of local dubs.”

Also in 2018, Livfergren left his previous role as CEO of BTI Studios to move into a Board role with a strong emphasis on acquisitions. He was succeeded as CEO in October 2018 by Shaun Gregory, who comes from a background in media, content and advertising, and was most recently CEO of London-based Exterion Media.

IYUNO Media Group, a media localizer headquartered in Singapore, received an investment of USD 23.5m from SoftBank Ventures in April 2018. SoftBank Ventures is the venture capital arm of SoftBank Group Corp., the Japanese conglomerate involved in a multitude of businesses from financial services, telecommunication, internet, robotics, semiconductors to clean energy and wireless hardware and software sales. It even owns a professional baseball team.

IYUNO is a Singapore-founded company which has been operating for 15 years. Terms of the deal were not revealed but IYUNO spokesperson Aaron Henry, Head of Business Development for Asia, told Slator that Softbank is coming in as a minority shareholder. According to him, the company has annual revenues of around USD 38m, 550 full time employees and 14 offices.

While IYUNO provides the usual captioning, subtitling and dubbing services most media localizers do, it also has two proprietary products: CaptionCast, a cloud based captioning service that combines human effort with automation, and iMediaTrans, a cloud-based subtitling management and productivity tool.

According to the press release, the investment was made by SoftBank Ventures to “specifically target bringing localization technologies to actual industry applications, including neural machine translation and voice synthesis that can be used in the areas of audio localization or dubbing.” IYUNO CEO David Lee said, “The partnership between SoftBank Ventures portfolio companies and IYUNO is a perfect strategy to bring these technologies to real-life applications.”

These comments probably mean that SoftBank has, among the many companies they own or have invested in, proprietary NMT and voice synthesis technology, and sees IYUNO as an outlet to utilize and monetize these technologies.

Since its founding in 2002, IYUNO has always been 100% self-funded, and this is the first time it is taking on an external investor. When asked why now, Henry said, “We see a lot of growth potential in this industry, especially as a language service company driven by innovative technologies developed internally.”

For Softbank, it is unclear whether this investment was made because they are now taking an interest in the high-growth yet fragmented language services market, or if it was part of an overall strategy to increase portfolio companies in entertainment and video media in general. One thing for sure though, based on the latest tally of their investments, SoftBank has many, many more billions still to spend.

Generating USD 221m of revenue in 2017, SDI Media earned itself a top 10 spot on the Slator LSPI. Los Angeles headquartered SDI Media is the largest media localization company globally and is the highest ranking non-generalist language service provider in the index.

Despite the high-growth rates seen by many media localizers, SDI Media CEO Mark Howorth does not think this is the golden age of media localization: “Do not be fooled by the top line growth rates that make this sound really cool and sexy,” he cautioned when speaking at SlatorCon San Francisco 2018. Howorth described a growing industry, yes, but one experiencing an onslaught of disruption and turbulence also.

Howorth credited a number of factors with driving turbulence in the media localization industry and discussed the impact of each: from Netflix to talent shortage, and from new entrants and workflows breaking to pressure from procurement.

According to Howorth, the number of US TV shows doubled in the five years between 2010 and 2015, and qualified voice actors and translators are in short supply as this trend continues into the present day. “A good translator is worth their weight in gold. But it is challenging to pay them in gold because our customers are not willing to accept higher prices,” Howorth quipped. While the most in-demand translators may have the luxury of picking and choosing their assignments and holding out for a rush fee, customer contracts tend to be multi-year and fixed price, Howorth said. “Think about what that does,” he added.

It is important to expand the talent pool of translators and voice actors while maintaining quality standards, therefore, which is no mean feat given that 90% of hopefuls fail the tests, according to Howorth, despite appearing qualified on paper.

ZOO Digital saw a 10x rise in its share price in the 2017 calendar year, benefiting from a 70% bump in year-on-year revenue. The company rebounded strongly from 2015, a loss-making year when ZOO posted decline in EBITDA of USD 0.7m.

ZOO’s customer base is made up of media production and distribution companies who are themselves big players in the digitization of the media entertainment space and includes some well-known over-the-top (OTT) operators: BBC Worldwide, Paramount, Universal Studios, Sony Pictures, HBO, ABC and Apple.

Speaking at SlatorCon London in May 2018, CEO Stuart Green said that ZOO has developed a cloud-based solution for its subtitling and dubbing services, which allows the company to operate “with typically a much lower internal headcount than many of our competitors.” ZOO’s platform enables dubbing to be done in “any suitable recording space,” with a web browser, microphone and internet connection.

Content spend from the main buyers of localization services within media entertainment has continued to rise over the past few years. Most have also been adding additional languages to their offering. Netflix, for example, now produces content in some 40 languages and has an estimated content budget of USD 8bn to USD 13bn in 2018.

Video localization is a sub-industry that has so far remained resistant to the rapid advances of neural machine translation that are impacting on many other pockets of the language industry. According to ZOO Digital CEO Stuart Green, the next challenge for LSPs operating in this sector will be in the race to stay ahead of the curve for when, not if, future-state NMT begins to impact on the media entertainment localization space.

Green predicts that “it will be a little while before [NMT] technology reaches that kind of capability.” He added that he is not aware of any “significant players in our industry who are using machine translation in any significant way.”

Green explained that this is down to the fact that the content to be localized, i.e. primarily dialogue, contains a lot of colloquialisms, cultural references and humor, which means it is highly context-specific. Moreover, dialogue tends to be idiomatic and / or sarcastic, dialectal and punctuated with malformed grammar, which makes it particularly unsuitable for current-state NMT. For now, human translators and, in turn media localizers, are still in high demand.

Another big challenge facing the industry, and a prime example of why the media entertainment industry still needs LSPs, is the shortage of talent needed to keep up with soaring demand in the media localization industry, as highlighted by SDI Media CEO Mark Howorth at SlatorCon San Francisco. Resourcing the talent pool within media localization is widely touted as the most important problem to solve. This holds especially true for language combinations which are traditionally less common, e.g. as content owners produce more non-English source content, the demand for localization in less traditional language pairs increases.

Netflix recently demonstrated a show of faith in LSPs when the online streaming giant revealed the real reason behind its decision to axe its translation portal: Hermes. The company had launched a recruitment drive to attract fresh translation talent in March 2017, which it closed less than a year later.

Back in October 2018, Netflix provided more color on the reasons behind the closure of the Hermes project. In a presentation at the Languages & The Media 2018 conference in Berlin, Allison Smith, Program Manager, Localization Solutions at Netflix, explained how the Hermes project had been highly ambitious in its goal of testing, training and onboarding thousands of new translators.

Yet after much introspection, Smith said, the team pivoted and decided that those activities were better left to the ten or so localization vendors that Netflix partners with, allowing Netflix to focus on tasks more aligned to its core competencies such as content localization workflows, engineering and development. It is a tech company after all.

“Netflix aimed to own the full process from subtitler recruitment through to working in our tools, and this started with Hermes. While we learned a lot and did get value from the test, after introspection and analyzing our core competencies, we decided vendors were better suited to use their core competencies and add value to the content localization ecosystem by owning the recruiting, training and onboarding processes.” — Allison Smith, Program Manager, Localization Solutions, Netflix

When asked by an audience member during the Q&A how successful Hermes had been in onboarding translators, Smith responded that it had been valuable in other ways. The project generated lots of new ideas that Netflix has taken forward such as scheduling improvements, enhanced style guides and continued development of a cloud-based content localization platform, Smith said.